BPH is a condition that causes symptoms of urine storage, emptying and post-voiding, as well as impairing the quality of life of patients, on average in one third of men over 45 years old. Phytotherapeutic agents have been involved in clinical practice for a long time in the treatment of lower urinary tract symptoms associated with BPH. For this purpose, more than thirty plant-derived molecules or substances are used. Although some of them are known for their mechanism of action, clinical efficacy and safety profiles, most of them do not have sufficient information about these features. The most frequently used phytotherapeutic agents in the treatment of BPH today are listed below.

Studies suggest that this plant extract has more than one mechanism of action on the prostate. These can be summarized as anti-inflammatory, anti-androgenic, proapoptotic and smooth muscle relaxant effect. Another effect that provides its use in the treatment of BPH is the smooth muscle relaxation it performs through α1 adrenergic receptors. Many studies have reported that it relieves complaints related to BPH, but some studies have not been found effective. It can be used in addition to prostate medications. . When the preliminary results of the CAMUS (Complementary and Alternative Medicines for Urological Symptoms) study examining the success of phytotherapeutic agents in treating BPH related to LUTS were examined, the standard dose (2 × 160 mg / day) of S. Repens in urinary symptoms It was observed that it could not provide a significant improvement compared to placebo.

Pygeum Africanum (P. Africanum), obtained from the bark of the African plum tree, has been used for more than thirty-five years in the treatment of BPH cases with mild and moderate LUTS in Europe. It is sold under the name of “Tadenan” in markets in Europe.

Although its mechanism of action is not fully known, it has been found to show growth factor inhibition, anti-inflammatory and anti-androgenic effects. P. Africanum shows its antiandrogenic activity by interacting with DHT. Studies have shown that P. Africanum suppresses the effect of DHT, reduces voiding symptoms and reduces prostate volume.

Secale Cereale (S. Cereale), also known as rye pollen, is used in the treatment of LUTS, which is due to BPH especially in Japan, Western Europe and Argentina. The form, which is sold under the name “Cernilton” in the markets, is prepared from the pollen extracts of various plants grown in countries such as Sweden. Although its exact mechanism of action is unknown, it is thought to inhibit prostatic cell growth and cause relaxation in smooth muscles by alpha-adrenergic receptor blockade. It has also been shown in studies to have an effect on androgen metabolism.

It is sold alone in Germany under the name “Harzol” and as a combination preparation, it is sold under the name “Azuprostat”. The active ingredient in Hypoxis Rooperi (H. Rooperi) is s-sitosterol. Although there is no definitive information about its effect on the prostate, it is thought to show inhibition of prostate enlargement, anti-inflammatory, anti-androgenic and anti-estrogenic activity. H. Rooperi is generally used at doses of 125-250 mg / day. The incidence of side effects is rare and is generally well tolerated by the cases.

The nettle root has lectins, phenols, sterols and lignans that can be dissolved in water and alcohol. In a study examining the effect of this herbal extract on BPH related to LUTS, 226 cases were compared with Urtica Dioica (U. Dioica) (459 mg / day) and placebo group for a year. At the end of the study, it was observed that U. Dioica reduced IPSS values ​​to be statistically significant compared to placebo (5.7 vs. 4.7). However, the effect of U. Dioica on quality of life, urine flow rate and residual urine volume after voiding was found to be similar to placebo.

Ganoderma Lucidum (G. Lucidum) is an edible and medicinal mushroom that has been used in the far east and in Japan for several centuries. Studies have shown that extracts from G. Lucidum strongly inhibit 5 alpha reductase. Again, this plant extract has been shown to significantly inhibit testosterone-induced ventral prostate enlargement in rats. In a study to evaluate the effectiveness of this herbal extract in patients with LUTS, the cases were randomized to G. Lucidum (6 mg / day) and placebo group, and the patients were pre-treated and after 12 weeks of treatment IPSS, uroflowmetric parameters, prostate volume, residual urine amount after voiding Serum PSA and testosterone values ​​were investigated. As a result of the study, it was found that there was a statistically significant improvement in the IPSS scores of the patients treated with G. Lucidum compared to placebo, and this difference was not observed in other study parameters. It has also been reported that G. Lucidum is well tolerated by the cases without any serious side effects.

There are various recommendations in the guidelines published by European and American Urological Associations (EAU and AUA) on the place of phytotherapeutic agents in the medical treatment of BPH. It is stated in the EAU guideline that “the effect of phytotherapeutic agents is unknown, although several randomized clinical trials have promising results, the biological effect is not clear, therefore it is not recommended for the treatment of elderly people who develop LUTS due to BPH”. In the AUA guideline, it is reported that “the mechanism of action, efficacy and safety of phytotherapeutic agents cannot be recommended at the moment in the treatment of BPH because it is not well established by multicentre clinical studies.” However, all guidelines say that plant extracts are an interesting approach and should be followed in the future.

The incidence of prostate cancer is high in North America and Northern Europe, moderate in Mediterranean countries, and low in Asian countries such as China and Japan. Risk changes observed among immigrants, frequency of prostate cancer occurrence among ethnic and geographic groups and attention hammer change in mortality rates led to the investigation of dietary factors affecting the development of prostate cancer. In recent years, due to the increased awareness of the use of complementary and alternative medicine in healthcare and the belief that natural chemicals are always safe; It is observed that consumption of vitamins, minerals and other dietary supplements increases in those diagnosed with cancer and other chronic diseases and in the general population. Products related to prostate cancer are as follows.

Tomato and tomato products; folate includes Vitamin C (Vit-C), Vitamin E (Vit-E), Vitamin A (Vit-A), flavonoids and phytosteroids, potassium and carotenoids. More than 600 carotenoids are isolated from both plants and microorganisms. Approximately 10-15 carotenoids were detected in blood and tissue samples taken from Americans. The most common carotenoids in the American diet; -carotene, _-carotene, lycopene, lutein and -cryptoxanthin. Lycopene is the most abundant carotenoid in tomato and tomato products and is responsible for the red color. Lycopene cannot be converted into Vit-A. However, it is a powerful antioxidant and has anticarcinogenic properties. The anticarcinogenic effect of lycopene is thought to be by several mechanisms. One of them is by preventing the growth of cancerous cells, while preventing the development of cancer by protecting important cellular biomolecules including lipoproteins and DNA. Lycopene has a high lipophilic property and bioavailability; increases when cooked and consumed with oily products such as tomato puree, sauce or pizza.

In 1995, Giovanucci et al. Reported that the risk of developing Prostate cancer was reduced by 35% by comparing tomato products with men who eat less than 1.5 servings a week and those who eat more than 10 servings. It has been demonstrated that this effect may be related to lycopene, an antioxidant primarily found in tomato.

Vitamin-D (Vit-D) is obtained from dietary and dietary supplements. However, the original production is on the skin. Vit-D3 (cholecalciferol), a prohormone of Vit-D, is synthesized in skin cells from 7-dehydroxycholesterol by exposure to ultraviolet-B radiation of silver light. VitD2 (ergocalciferol), another Vit-D proform originating from Vit-D3 or fungal products, is metabolised to 25 (OH) D3 (calcidiol) in the liver. It is then converted to 1.25 (OH) 2D3 (calcitriol), a biologically active Vit-D with 1_-hydroxylase enzyme in kidney and other tissues, including the prostate. Generally, 25 (OH) D3 levels in circulation are used to detect the nutritional status of Vit-D.

Vit-D has been shown to cause dysfunction of Prostate cancer cells or inhibition of cell proliferation, cell invasion, angiogenesis and induction of cell differentiation and induction of apoptosis, including expression of c-Myc and telomerase. For the first time, in 1990, Schwartz and Hulka hypothesized that Vit-D deficiency may be a risk factor for Prostate cancer. Many epidemiological studies have shown that there is an inverse proportion between sunlight exposure and prostate cancer. This protection effect is also linked to Vit-D production. However, not every study has fully supported this idea. Limited support is provided for a case-controlled study and the effects of meta-analysis sunlight.

For many years, fat consumption is thought to be a risk factor in the development of Prostate cancer. High oil consumption has been shown to cause an increase in Prostate cancer cells both in the laboratory and live experiments. Yet another study has shown that a lean diet can reduce the growth of hormone-dependent tumor cells. Red meat is the food that shows the strongest positive association and polyunsaturated linolenic acid has been found to be the only fatty acid at risk for prostate cancer. The relationship between animal fat consumption (meat and dairy products) and Prostate cancer has been supported by several studies. 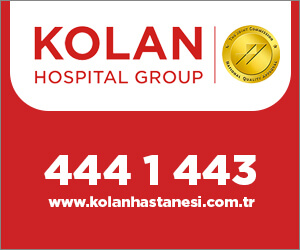 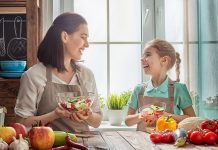 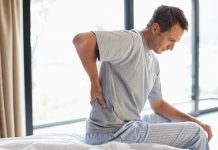 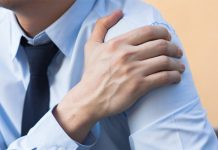